In 2018 I’ve curated a magazine with essays and stories about different futures. The essays are written by artists, designers, human rights advocates and technologists. Every piece has its very own take on the future. Some are looking at art works from the past, others discuss the future of human rights or come up with exciting new technologies. The magazine was published as part of my fellowship at the Mozilla Foundation. 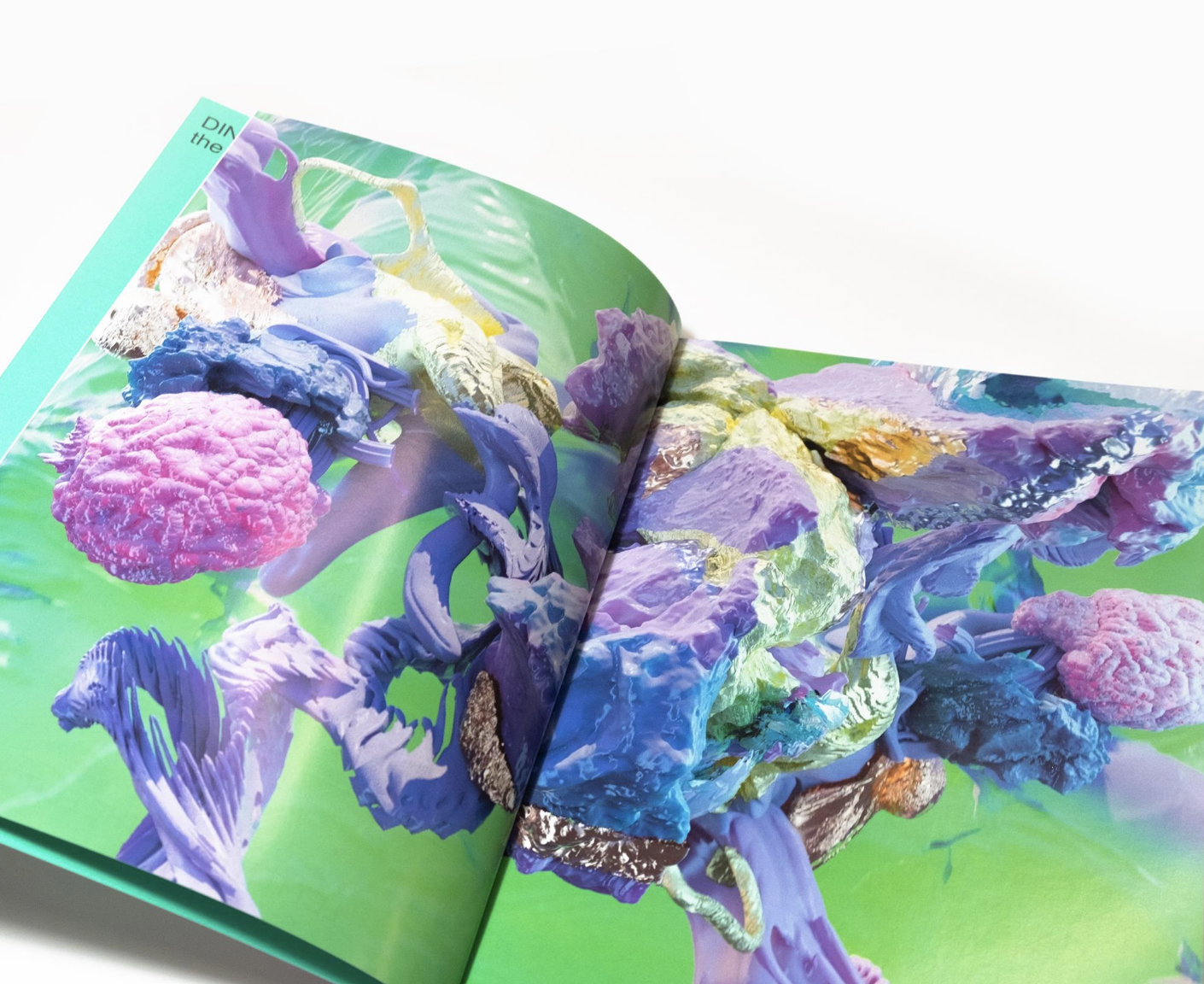 Here is my letter of the editor:

This is the golden age of pessimism. And we’re tired of it.

Why is it easier to imagine how the world ends rather than articulate a vision of the world we really want? Let’s say goodbye to oppressive technology and economic disenfranchisement! Let’s go beyond apathetic politic and dystopian science fiction and look to revive the struggling planet.

With this edition of DING magazine we set aside the dystopian stories. We don’t want them to become self-fulfilling prophecies. We believe that by exploring positive scenarios, we can increase the probability of more desirable futures. We invited writers, technologists, researchers and designers from all around the world to help us unpick the stories of a time that is yet to come. They investigate the future from many different angles and take a look at structures rather than technologies. Communities, nature, other species and imagination play a vital role in the essays. This magazine, as the future of our planet, is about more than humans.

The historian Andrew Prescott and the artist and researcher Luiza Prado investigate past beliefs that still influence the future, from the invention of the computer as a tool to divide labor to the material traces on artwork that hint at their creators’ socio-economic struggles. adrienne maree brown takes us to communities in Detroit and to visionary fiction that helps to time travel for perspective. For Anab Jain, growing mushrooms encouraged her to move the center of her design practice away from only human users to encompass instead more species and complex systems, an approach that’s “more than human”. Audrey Tang shares her vision for democracy, and how intersectionality and radical transparency can lead to better societies.

The future is a big place. It can contain many many possibilities. It is a set of stories that we can write and imagine ourselves. We’re up for this and would love you to be too. There is no single future. There are many possible futures. They start here.